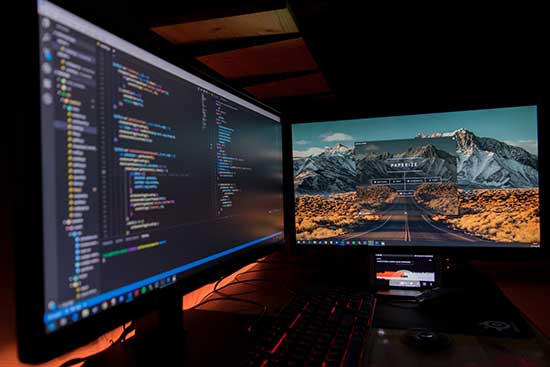 Python, like most other modern programming languages, has its own unique way of downloading, storing, and resolving packages (or modules). While this has its advantages, there were some interesting decisions made about package storage and resolution, which has lead to some problems—particularly with how and where packages are stored.

There are a few different locations where these packages can be installed on your system. For example, most system packages are stored in a child directory of the path stored in sys.prefix.

On Mac OS X, you can easily find where sys.prefix points to using the Python shell:

The following are just notes I wrote down (or copied) for myself while switching from anaconda to virtualenv.

Anaconda has its own python distribution, package manager, installer and virtual environment tool. But if you are not a Data Scientist, anaconda is most likely an overkill. After all, anaconda will install everything it has to offer. Which is over 8 GB of disk space.

Install globally sudo python -m pip install virtualenv (Python 2.7). With Python 3.3 or higher, we can use venv instead and don’t need to install anything.

To create a project, we need first a directory to host the virtualenv projects

Working inside a virtual environment

This file allows you to make sure that others use the same packages as you are and that file should be under version control. To create that file you need to run

And to install all the dependencies listed in requirements.txt

We can specify the version of a package as follows:

But make sure if you want to install for example any package lower than 2.0, you need to use quotes:

To upgrade a package we can run

Before we can use it, we need to add some lines to bash, or in my case .zshrc:

If you have a project which didn’t got created using mkproject, we can use setvirtualenvproject <project name> to link the project with a virtualenv directory. This binds an existing project to a virtualenv, and binds active venv to the current working directory (which should be your project).

In order to make sure that there is a proper work flow in regards to managing projects and its packages, python has created the “Python Packaging Authority” which can be found at https://pypa.io.

There are several newer tools we can use here, for example, pipenv or poetry.

The problems that Pipenv seeks to solve are multi-faceted:

Here, we can just go into our project and run the following command to install packages and create a virtualenv:

To “activate” the project we run pipenv shell and to leave it we use exit.

poetry new <project name>: This creates a README.rst and pyproject.toml file as well as the project and tests directory.

And similarly to pipenv, we run poetry shell to activate our project and exit to leave it.

direnv is an extension for your shell. It augments existing shells with a new feature that can load and unload environment variables depending on the current directory.

direnv seems a very convenient to negative between projects, by automatically activating and deactivating a virtual environment.

poetry has a nicer “UI” and it supports packaging. One thing I am not a very big fan right now, that it Created package my_project in my_project. Which results in the following directory structure:

tox aims to automate and standardize testing in Python. It is part of a larger vision of easing the packaging, testing and release process of Python software.

The following is a copy from stackoverflow from Oct 3rd, 2019.

To get the most out of pipenv, pyenv should be installed. pipenv will be able to detect and use any version of python installed with pyenv, even if it is not activated. For example if a Pipfile has listed python 3.4 as a requirement: to successfully run pipenv install, pyenv install 3.4.0 should be run first.

To create a new venv (using python 3.7.x) and Pipfile:

Or to install dependencies from an existing Pipfile.lock use the command below. This command can also be used to create a Pipfile and venv (defaulting to the newest available python version).

To run commands within the created venv:

Poetry still uses pyenv but in a different way: The version of python you wish to use must be activated before calling poetry install or poetry run.

A pyproject.toml can be created using:

or a full directory structure can be created using:

Before we can install we must activate a version of python that matches what is specified in the pyproject.toml file.

Now we are able to create the venv using the command below, if a poetry.lock file is present it will install all the dependencies listed in it.

To run commands within the created venv:

If we change the global python version using pyenv we will no longer be able to run commands in the created venv. There is an exception to this if we use a locally created venv, see below.

Sometimes it’s good to check that your code will work on both python 3.7 and python 3.4. This is not something we can take for granted.

Only possible by deleting the venv in recreating it using a different python version:

A warning will likely be displayed that the python version of the venv does not match the one specified in the Pipfile, but as far as I can tell it is only a warning.

Poetry is much better suited to this use case: Multiple venvs can be created side by side. To create and use a new venv switch python versions using pyenv then create a new venv.

I prefer my venv to be installed in a .venv folder local to my project, this is similar to how npm works and allows me to delete the folder and reinstall if anything strange happens or if (in the case of pipenv) I want to easily change which version of python I’m using.

To enable this feature set the following environment variable.

This feature can be enabled using the following command:

But beware that this will change the behavior of poetry, it will no longer be possible to use quickly switch between different versions of python: Even if the python version is switched using pyenv all commands run using poetry run will use the venv (and its associated python version) that resides in the local directory.

Packages are easily installed and automatically added to the Pipfile and Pipfile.lock files using:

Local packages can also be installed, allowing you to work on them and see you changes immediately:

Packages are easily installed and automatically added to the pyproject.toml and poetry.lock files using:

Local packages can also be installed, allowing you to work on them and see you changes immediately:

Not sure why the name of the package is needed, as it should already be defined by the local package. Also the author seems unconvinced about linking local packages in general so this feature may get forgotten about over time.

To be clear, I’m referring to what npm calls scripts, which is different to the scripts specified inside a setup.py file.

When developing it is sometimes useful to set up shortcuts for commands that are difficult to remember, for example the command for running every test file in a directory is:

It is much more convenient to have a shortcut to these sorts of commands.

This feature is supported: put the following into the Pipfile:

Not supported, and unlikely to be added in the future.

It would be preferable to be able to publish to PyPi without crafting an additional setup.py file, this would be possible if all the information needed to publish the package was contained within the package management files.

As far as I can tell this is where pipenv gets its bad reputation. setup.py files are still needed to publish to PyPi and no, they are not auto-populated with the dependencies from the Pipfile.

If you really want your Pipfile to depend on your setup.py file, this is how it’s done:

But there are some issues:

So ideally we want to derive a setup.py file from the Pipfile:

I found two existing packages that claim to do this:

https://pypi.org/project/pipenv-tools/ - But it hasn’t been updated in two years, there’s no code in the src directory and I couldn’t get it to work.

https://pypi.org/project/pipenv-setup/ - But it syncs the Pipfile.lock instead of the Pipfile, this is an anti-pattern. The lock file is meant for creating a reproducible environment, it is overly restrictive (e.g. by not allowing updates to dependencies) to be used for setup.py. For this reason I didn’t even try using it.

I quickly wrote a package that generates an install_requires.py file that can be imported in a setup.py file: https://pypi.org/project/pipenv2setup/ (it is untested on Windows).

For an example of how to use the package when publishing pipenv projects, see this github repo:

Publishing your package using poetry is really easy, you do not need a setup.py file at all. Simply run:

The published package can be installed using pip not just by other instances of poetry.

For information about how to migrate from using a setup.py to purely a pyproject.toml file, see here

At the time of writing Pycharm does not seem to be aware of any poetry virtual environments or appear to parse the pyproject.toml file in any way.

Other Points about poetry

In poetry you must specify versions of python and packages using semver (have to use ~ and ^, not >= or <).

poetry runs using python but doesn’t work with older versions of python. So to develop for an older version of python: some commands have to be run with pyenv set to >3.6, but then the pyenv needs to be switched back to the older version to create the venv. It also appears that venvs have to be greater than 3.5.

Also not sure about windows compatibility for poetry.

To me the main differences between the poetry and pipenv lie in their usage of pyenv and their abilities (or lack of) to publish straight to PyPi. There is also the lack of scripts in poetry which I personally find frustrating.

I find that when using poetry there is a lot more switching between python environments using pyenv. Although currently this can be mitigated by using a locally install venv. I know this limits my ability to quickly test my code in different python environments, but there are other tools such as tox to do that.